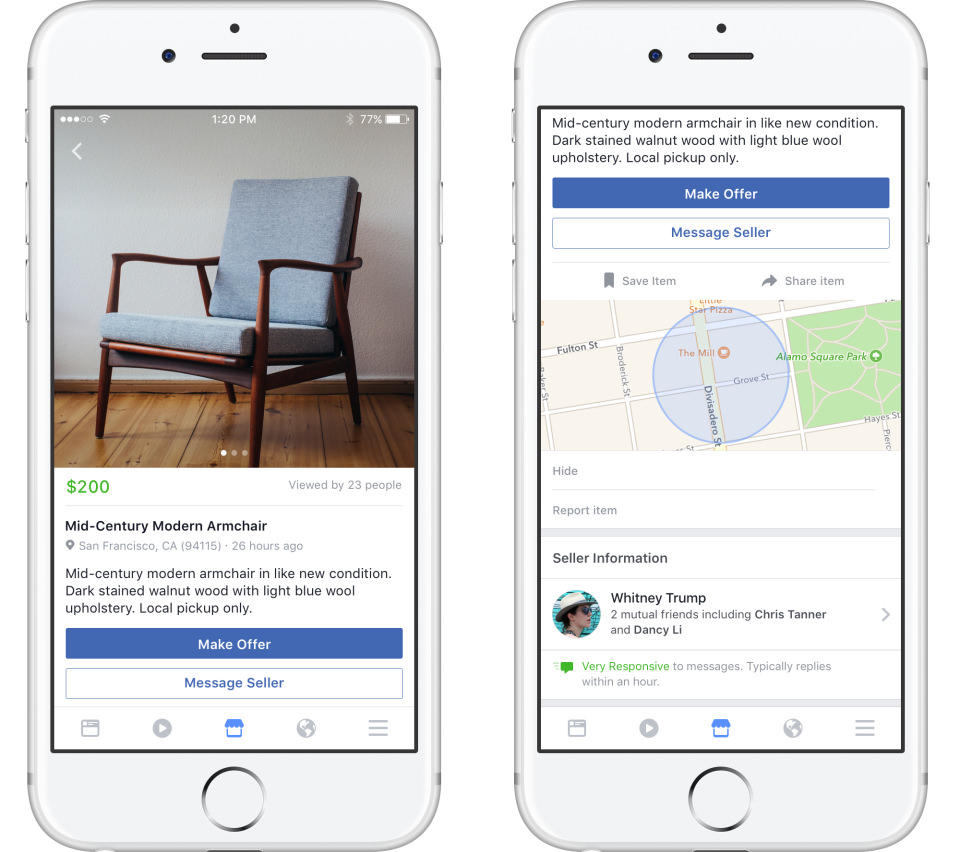 Facebook is dying. How many times did you hear that? In 2017, there are 700 million active Instagram users and in the US it’s the preferred social network for teenagers after Snapchat. However, Facebook is still not dead. Time after time, Facebook is able to re-invent itself according to the latest user trends and forecasts. Zuckerberg, who owns Instagram as well since 2012, has recently changed the Facebook mission and is testing new functionalities, such as Facebook Marketplace.

For the past decade, Facebook has focused on connecting friends and families. With that foundation, our next focus will be developing the social infrastructure for community
(Mark Zuckerberg, 16th February 2017)

Aligned with this mission, Facebook Marketplace replicates what was spontaneously happening within Facebook groups since its creation, bringing together people who are seeking to buy or sell products easily and quickly. After a soft launch in the US, UK, New Zealand, Australia, Chile, Canada, Mexico, Facebook Marketplace is now active in 17 European markets: Austria, Belgium, the Czech Republic, Denmark, Finland, France, Germany, Hungary, Ireland, Italy, Luxembourg, Norway, Portugal, Spain, Sweden, Switzerland, and the Netherlands.

Facebook Marketplace is in a testing phase and its usage will tell if and how it can compete with Jeff Bezos’ goldmine. Thanks to the endless amount of data analyzed, Facebook has created an algorithm which will show you only relevant stuff, based on your location and selected category. So far, we don’t know much about Facebook Marketplace’s usage, except for some interesting figures released by Facebook itself in May 2017 for the US. Besides May’s most popular categories – baby products, women’s clothing & shoes, furniture – it is interesting to note how unique conversations between users have increased by 77%:

Creating a friendly environment where to buy and sell products in an easy way will retain users and make them spend more time on the social network. At least, this is the objective. For now, Facebook Marketplace is in a testing phase and has not monetized this functionality, directly. If successful, Zuckerberg will very likely start signing agreements with manufacturers and resellers to monetize this new line of business.