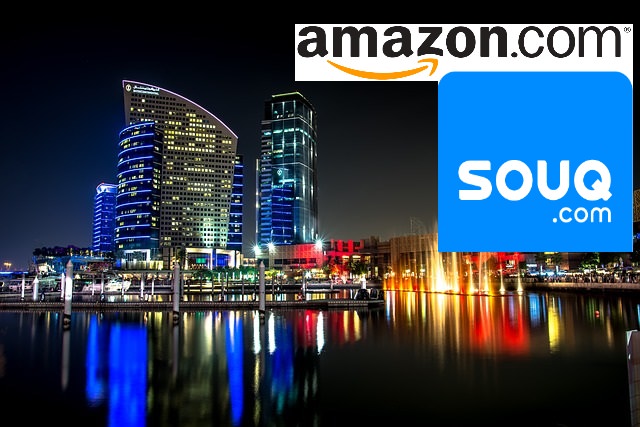 At the end of March, Amazon announced its acquisition of Souq.com, the leading e-commerce platform in the Middle East, for around 650 million US dollar. Souq.com operates in a geography of 50 million consumers and has just 2% share in online retail, according to McKinsey.

It’s clear that Amazon will bring its expertise in logistics by increasing the delivery capabilities of its acquisition. Souq will also benefit from the large selection of products on Amazon and might quickly expand to new verticals. Finally, many successful marketplace functionalities of Amazon can be replicated by Souq to further empower the sellers on its platform.

From Amazon’s perspective, there are two clear motives for this acquisition. Firstly, it wants to prevent local competitors from rising and potentially growing into regional competition. Souq was itself a candidate for that, besides Wadi, which raised $67 million recently, and Rocket Internet-backed Namshi. Also Mohammed Alabbar, whose firm owns The Dubai Mall and the Burj Khalifa and has a stake in logistics company Aramex, is trying to get its own rival site Noon.com off the ground.

Up to now, Amazon had opted for an organic growth strategy in neighboring markets. The best example is India. Amazon invested billions in India to build up its operations and competes strongly with local giants such as Flipkart and Snapdeal. At the time of writing, Flipkart has raised $1.4 billion from Tencent, Microsoft and eBay, which is selling its India business to Flipkart at the same time.

Now, everyone is trying to predict whether the Souq.com acquisition was an exceptional move or the start of a new strategy to satisfy Amazon’s hunger for further international expansion. In Australia, Brazil and the Netherlands, Amazon is already active with its Kindle business. In Mexico, Amazon had the same strategy before launching its complete assortment. Further, Amazon recently added Dutch, Polish and Turkish language options to its German site, aiming to serve more customers through existing portals. Local competitors such as Mercado Livre, Bol.com, Hepsiburada, Allegro and Kogan are certainly keeping a close eye on Amazon’s next moves.

There is also a global aspect for this acquisition. India’s example has proven that organic expansion to new territories is a painstakingly slow process. Last year, Alibaba acquired a controlling stake at the leading Southeast Asia e-commerce player Lazada for over $1 billion. In a constantly consolidating global e-commerce play-field, this move has certainly triggered Amazon to become more aggressive with its expansion strategies. Now, everyone is asking the same question: who will be the next?